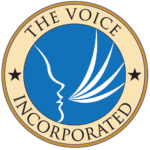 Rowland Godswill was born and raised in a family of 9 in the city of Warri, Delta State, Nigeria.

He accepted God’s call into active ministry in September 2017. Rowland Godswill is a people-oriented visioner and is passionate about reaching out to the younger generation via mentorship.

He is the lead pastor and visioner of the FountainForte International Ministry. A ministry given to outreaches via worship, word and prayer. He is the convener of the quarterly program, “The ENCOUNTER”, the annual program, “CONVERGENCE” and the weekly program, “The SURGE”, all under the inspiration and instruction of the Holy Ghost.

He is also the pioneer of the GAME CHANGERS NETWORK, an arm of the ministry called to reach out to teenagers. Rowland Godswill is currently studying Sociology in a program with the University of Ibadan. Rowland Godswill is a firm believer and son of God and he firmly believes that God, as his father, has no boundaries and limits. He is engaged to Miss Angela Ifiok.

GET INVOLVED
REGISTER
MAKE AN APPOINTMENT
MAKE AN ENQUIRY